When hitting the open road, most drivers give little thought to the functional integrity of their vehicle’s components. The simple fact of the matter is that most of us take for granted the notion that when needed, our car’s major systems and those of other drivers will work precisely as designed. As a result, when this assumption proves unfounded, such as in the event of a catastrophic brake failure and subsequent accident, the shock and anger are exacerbated that much more.

If you or a loved one have been seriously injured or killed in an auto accident stemming from a brake failure, you owe it to yourself to seek experienced, knowledgeable legal counsel. Denver car accident attorney Jeremy Rosenthal is ready and willing to delve deeply into the facts of your case and pursue the financial compensation your situation demands. 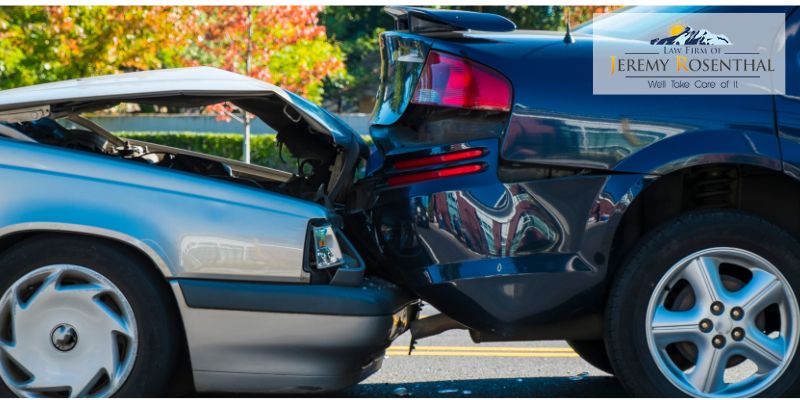 While it is true that the majority of drivers place a great deal of faith in the ability of a vehicle’s braking system to bring a car or truck to a stop when necessary, the truth is that even the best systems of this nature have a lifespan limited by a number of factors. In some instances, brake failure is the result of defective design or manufacturing processes. In others, brakes fail due to improper or neglected maintenance leading to leaking brake fluid, worn discs and drums or other mechanical breakdowns within the system. Regardless of the particular cause, any loss of stopping power on the roadways has the potential to cause profound injuries, lasting disability, and even death.

As is the case with all categories of car accidents, the injuries commonly sustained in brake failure crashes can be extraordinarily serious. The impact of accidents such as these can be devastating to victims, both physically as well as emotionally. Injury types frequently seen following a brake failure incident include:

The harm described above routinely requires costly treatment, therapy and rehabilitation, services which a large number of accident victims simply cannot afford. The financial consequences of a brake failure accident can and often do place entire families on the brink of ruin.

Because brake failure events can arise due to a wide array of precipitating factors, it is critically important that victims and their attorneys carefully identify any and all parties who may share liability for what occurred. It may be that a vehicle manufacturer designed, sold and marketed a vehicle with brakes ultimately found to be dangerously defective, and in such cases, compensation may be sought from those entities.

Perhaps a brake failure crash takes place because a vehicle owner simply did not maintain their car or truck in safe working order, causing another driver’s injuries. Negligent brake service on the part of a mechanic, repair shop or trucking company maintenance contractor may also be to blame, and it is vital that thorough investigation is conducted in order to get to the truth of what happened.

In addition to the causes discussed above, there are also times when a brake failure accident can rightly be attributed to both sides of the collision equation. For instance, a victim may have suffered harm because another motorist’s brakes were faulty, but the event occurred as the injured driver disobeyed a traffic signal. In these situations, Colorado’s doctrine of comparative fault will come into play to determine a just apportionment of blame as well as compensation.

Under this system, a plaintiff who was partially at fault in the accident which caused him or her to suffer harm may receive a damage award that is reduced by the percentage of that party’s own responsibility. Calculations of this type will be made as long as the injured party is less than 50 percent to blame for their own losses, otherwise, they will not be entitled to recovery. 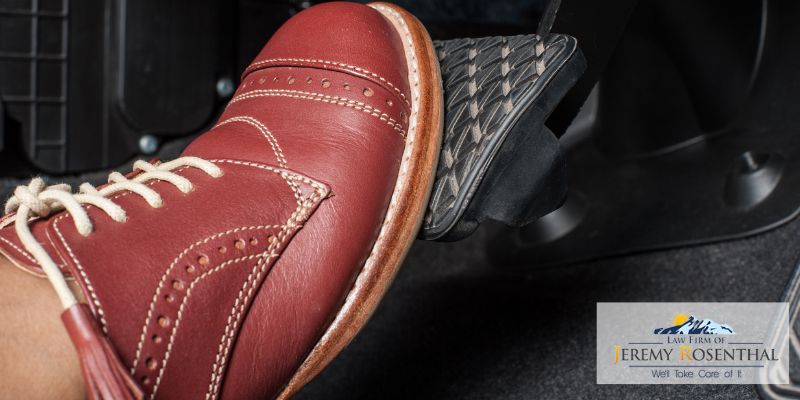 At the Law Firm of Jeremy Rosenthal, we understand the tremendous challenges brake accident victims face from the moment their collision occurs. The financial strain that car accidents and the resulting inability to work can produce routinely prove devastating not only for the injured themselves but also their loved ones and dependents.

Fortunately, the legal system affords such individuals the right to pursue compensation, justice and accountability from those whose negligent acts and omissions led to the harm sustained. The categories of compensation available in a brake accident lawsuit may include:

How an Accident Attorney Can Help

Untangling the complex web of facts underlying a brake failure accident is no easy task. A comprehensive investigation is vital to establishing fault, marshaling key evidence and formulating effective legal arguments. Attorney Jeremy Rosenthal will work in a collaborative manner with medical experts, accident reconstruction technicians, and engineers to get to the heart of what went wrong so that the appropriate parties can be held fully accountable. Whether in the midst of tough negotiations with insurance carriers or zealous advocacy at trial, the Law Firm of Jeremy Rosenthal provides clients with true peace of mind knowing that they have a tireless advocate on their side during one of the most difficult times in their lives.

Seeking Justice in the Aftermath of Brake Failure

Though the days and weeks following a car accident can be clouded by a fog of pain, confusion, and uncertainty, accident victims need to know that they do not have unlimited time in which to pursue a legal claim. Attorney Jeremy Rosenthal stands prepared to get straight to work on your behalf, fighting to secure the resources you need as well as deserve. For a no-cost consultation, we invite you to contact our office at 303-825-2223.