Every year seat belts save lives. When a seat belt is defective, people can get injured or killed in a crash who may have otherwise survived. If you or a loved one has been injured because of a defective product, please do not hesitate to contact the Law Office of Jeremy Rosenthal today for a free case consultation. Denver accident lawyer, Jeremy Rosenthal, has been practicing law in Colorado for over a decade. He is dedicated to helping his clients recover just compensation for the injuries they have suffered so they can move on with their lives. Call his office today at (303) 825-2223, or click here to fill out the online form. 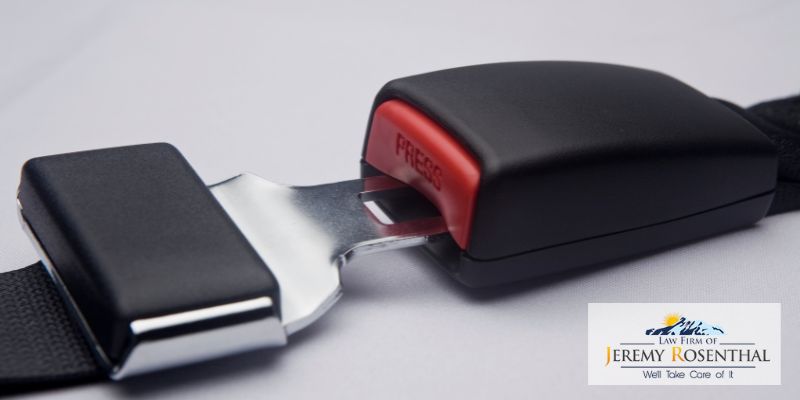 Seat Belt Use Increased Over The Years

Seat belts have been in cars in some form since at least 1964. The shoulder belt wasn’t introduced until 1968, and the “integrated lap and shoulder belts” were introduced in 1974. However, even with though these life-saving devices were required to be in new passenger vehicles that were put on the market, they were not widely used. In 1982, a survey of people in 19 cities found just “11 percent belt use for drivers and front-seat passengers.” The first state to enact a seat belt law was New York in 1984. Other states soon followed suit, with every state, except New Hampshire, enacting some kind of seat belt law by 1996. Overall, seat belt use has improved dramatically in the past 30 years. In 1983, only 14% of front seat occupants used seat belts. In 2015, that number had improved to 89%.

Seat belts save lives by keeping vehicle occupants “in their seats during a crash” Without a seat belt, “people risk hitting things inside their vehicle and being ejected altogether.” In addition, “safety belts are designed to spread crash forces across the stronger bony parts of the upper body.” They reduce the number of “serious crash-related injuries and deaths” by about 50%. In 2013, seat belts saved about 12,584 people and “12,802 lives in 2014“. In bigger cars such as SUV’s, vans, and pickups seat belts reduces “the risk of a fatal injury by 60%.” In cars, the risk is reduced by 45%.

Defective Seat Belts Can Cause Injuries Or Death

Because of the number of lives that seat belts save every year, it is important that they work properly. If a seat belt is defective, it could cause a person to be injured or killed in an accident that they may have lived through had the seat belt worked properly. Car companies have issued recalls over the years because of defective seatbelts. For example, in April 2016, General Motors issued a recall for a number of 2014-2015 Chevrolet Silverado and GMC Sierra 1500s. The company did this because “the flexible steel cable that connects the seatbelt to the vehicle can fatigue and separate over time as a result of the driver repeatedly bending the cable when entering the seat.” Another recall was issued by Toyota in February of 2016, because of the rear seatbelt in its RAV4 SUV “could be severed in a crash, leaving passengers unprotected.” This recall affects vehicles manufactured between 2005 and 2014. However, in Japan, the recall extends to the 2016 models. 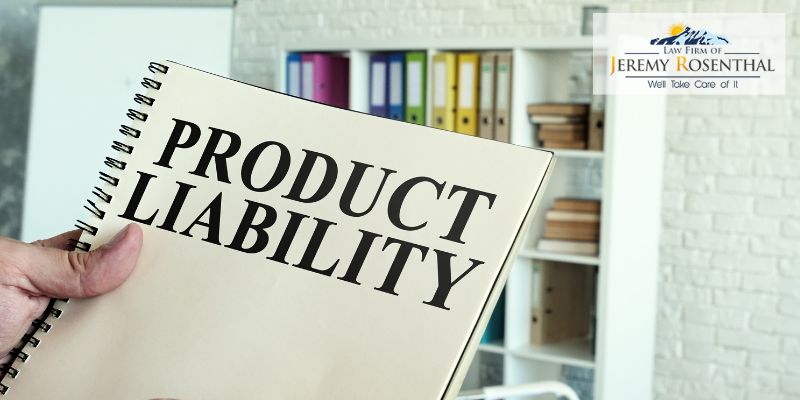 Consumers can hold companies liable for the defects in the company’s products, such as defective seat belts, when the defective product injures the consumer. There are typically three legal theories that are used in product defect cases: negligence, strict liability, and breach of warranty. When a lawsuit proceeds on the theory of negligence or strict liability, product defects are usually put into three categories:

Under either negligence or strict liability, the plaintiff will have to show that the product is defective. However, with negligence a plaintiff has to prove fault on the part of the manufacturer or company. That is, that the manufacturer’s conduct fell below the applicable standard of care. Under strict liability, this is not a requirement. Rather, strict liability is “is a form of liability that “does not depend on actual negligence or intent to harm, but that is based on the breach of an absolute duty to make something safe.” Black’s Law Dictionary 998 (9th ed. 2009). Under strict liability, if a company puts a defective product on the market, they can be held if that product injures people even if the company was not negligent in creating that product.