Overall, in the past twenty years, the number of deaths and injuries in vehicle crashes nationwide has gone down, however, accidents still occur every single day around the United States. Distracted drivers, drunk drivers, or careless drivers, injure and wrongfully kill people every year. A report released by the National Highway Traffic Safety Administration (NHTSA) stated that, in 2014, over 32,000 people were killed in vehicle crashes and some 2.3 million people were injured. The number of people that died per state varied. Texas and California had the most vehicle deaths, while the District of Columbia and Vermont had the least. In Colorado, 488 people lost their lives in vehicle collisions.

If you or a loved one has been injured because another driver rear-ended your vehicle, contact the Denver car accident lawyers at the Law Office of Jeremy Rosenthal today for a free case consultation. You can call the office at (303) 825-2223, or click here to fill out the online form. 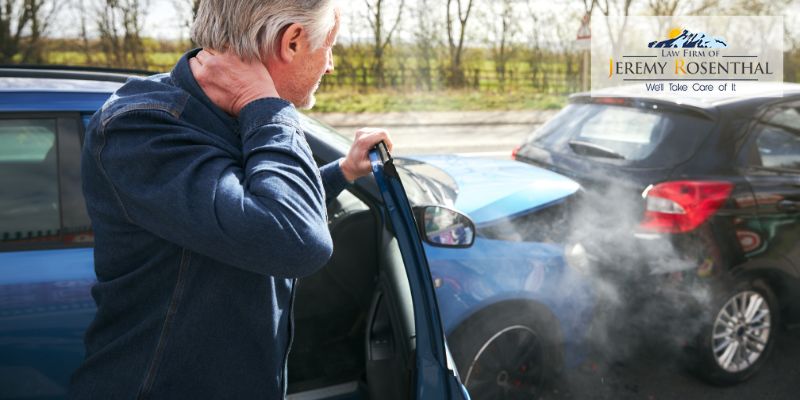 What is a Rear-End Accident?

There are many different types of accidents including rear-end, head-on collisions, T-bone accidents, rollover accidents, and sideswipe accidents.

Rear-end accidents are most common type of collision. According to the NHTSA, in 2017, these accidents accounted for about 29% percent, close to a third, of crashes. Rear-end accidents occur when the front end of a vehicle collides with the rear end of the vehicle in front of it. These type of accidents can happen for any number of reasons. For example, a driver who hits the car in front of him or her may not having been paying attention to the road because that driver was texting or otherwise distracted. In addition, a driver could collide with the car in front of him or her because the driver was following to close. If the car in front of the driver stopped suddenly or slowed down considerably and the driver has not left enough room to come to a stop and adjust to the change in speed, the driver could end up rear-ending that car.

Regardless of the reason that a rear-end accident happens, when a driver is negligent that driver can be held liable for damages. 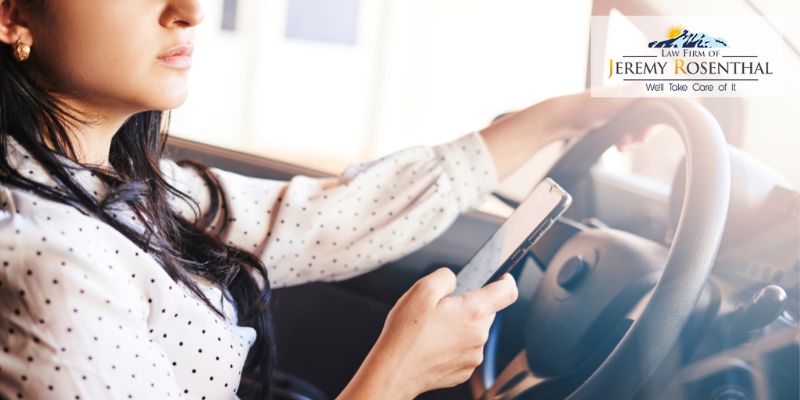 In many injury cases, the legal theory that is used to prove liability is negligence. Negligence is “[t]he failure to exercise the standard of care that a reasonably prudent person would have exercised in a similar situation.” Black’s Law Dictionary 1133 (9th ed. 2009). If you can prove that the driver who rear-ended your car was negligent, then you may be able to recover compensation for your injuries. For example, if a driver is texting instead of paying attention to the road and rear-ends your car, that driver was likely not using reasonable care in the operation of his or her vehicle. If that driver is then found to be negligent because he or she was looking at a phone instead of the road, the driver could be liable for any damages that you incur from the crash.