Taxis are a useful way to get around when you don’t want to drive or you are in an unfamiliar city. Taxicabs have been around for centuries in one form or another. Before cars were invented people hired horse-drawn carriages to take them to and fro. This service was available as far back as the 1600’s. The first taxi that was powered by gasoline wasn’t built until near the turn of the twentieth century, in 1897.

If you or a loved one has been injured while you were in a taxi or because of the negligence of a taxi driver, contact the Denver car accident lawyers at Law Office of Jeremy Rosenthal today. Jeremy has been representing Colorado plaintiffs for over a decade in personal injury cases. Let his experience and knowledge work for you. Jeremy offers a free case consultation to all potential clients. You can call his office at (303) 825-2223, or click here to fill out the online form. 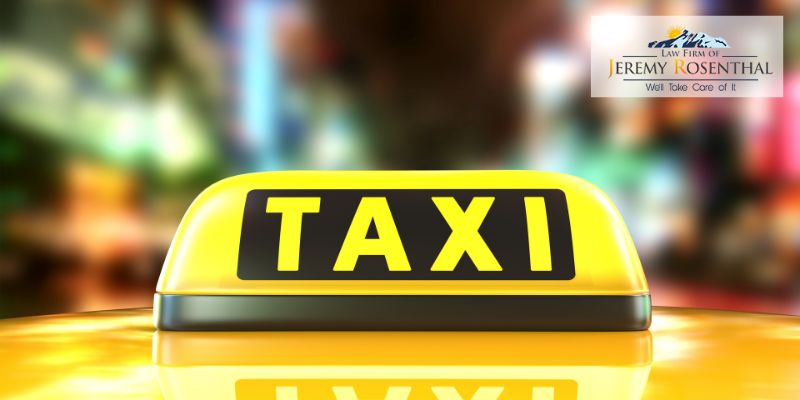 If You Are A Passenger In The Taxi

If you are a passenger in the taxi, there are two types of accidents you can get into:

If You Are Not In The Taxi

If you are not in the taxi and if a taxi hits you, either when you are in another vehicle or if you are a pedestrian, then you could seek damages from the taxi company for any injuries you sustain as a result of the accident.

Who Is Responsible For My Injuries?

The people or entities that you can hold responsible for the injuries that you sustained in an accident will depend on the facts and circumstances of your case. For example, if the responsible party is another driver, then that would be the person you would likely file a claim against. Likewise, if the taxi driver is the owner of their own taxi company then you would file a lawsuit against that driver’s company.

When a motor vehicle accident involves an employee, like a taxi driver, then the injured party may be able to seek compensation from the employer of that cab driver. Under the doctrine of respondeat superior, employers can be held liable for an employee’s negligence if that negligence occurs during the course and scope of the employment.

For example, Roy is a taxi driver for ABC Taxicab Company, a private company. While driving a cab full of passengers, Joe rear-ends the car in front of him. He hadn’t been paying close attention to the road, as he was trying to figure out what street to turn on to drop off the group. The traffic in front of him slowed suddenly and Joe reacted a bit late. He smacked into Bonnie’s car injuring her and causing damage to her car. Ariel, who was riding in the cab, suffered some injuries as well. As Roy was acting in the course and scope of his employment at the time of the accident, Ariel and Bonnie can seek damages from Roy’s employer.

It is important to keep in mind that it is not always clear if an employer could be held liable for the actions of its employees. For example, if an employee is out on a lunch break or has left work for the day, then the employer likely cannot be held liable for that employee’s negligence. An employer may also escape liability if its employee commits an intentional tort, such as an assault, while at work. Thus, if an employee punched someone because the employee had a personal grudge against that person, then the employer may not be responsible the action of that employee. 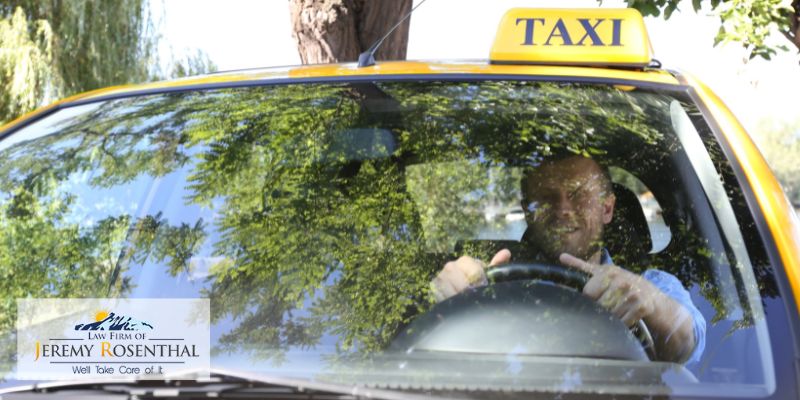 Employment law varies from state to state. Some states will find that certain conduct falls under the scope of employment, while other states will not. In addition, certain doctrines permit liability where none would normally exist. For example, in general, employers are not liable for accidents their employees get into when they are not at work. However, there is an exception to the traveling employee doctrine, which Colorado follows. Under this doctrine, “when a traveling employee ‘must of necessity eat and sleep in various places in order to carry on the business of his master,’ the acts committed by an employee ‘while lodging in a public accommodation, preparing to eat, or while going to or returning from a meal’ are necessarily incident to, and within the scope of, his employment.” Fowler v. United States, 647 F.3d 1232, 1238 (10th Cir. 2011). As such, an employer can be held liable for actions that would normally be barred.