Riding a bicycle is a popular way to get places as well as a healthy method of exercise. The National Highway Traffic Safety Administration (NHTSA) reported that “[f]rom 2000 to 2012, the number of Americans traveling to work by bicycle increased from 488,000 to about 786,000.” However, cycling is not without its perils. Cyclists usually ride on the street with cars and other motor vehicles that are many thousands of pounds heavier than the bicycle.

When a car makes an error in judgment and is negligent and careless, cyclists can get seriously injured or even killed as cyclists have little to no protection in a collision with a motor vehicle. If you or a loved one has been injured while riding a bicycle, contact a Denver accident attorney today. 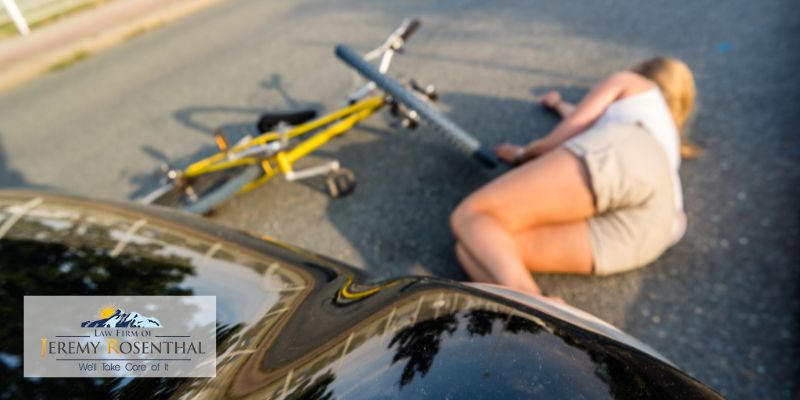 Colorado law considers bicyclists as having the same rights and responsibilities as all other drivers on the road. An expectation exists for motor vehicle drivers to yield the right of way to bicyclists and treat them the same as other vehicles on the road, but unfortunately many drivers find cyclists frustrating and do not show them the same respect and courtesy as other drivers. This can easily lead to very serious accidents which almost always result in much more harm to the cyclist than to the driver.

Colorado law requires cyclists to keep as far to the right as possible while riding in the street and to use bicycle lanes wherever available. Cyclists may ride two abreast in the same lane if it is safe to do so, and all cyclists should signal appropriately before executing turns. Colorado law also requires cyclists to use white headlights on the front of their bicycles when riding between sunset and sunrise.

Unlike many other states, no laws in Colorado specifically require bicyclists to wear helmets. Therefore, it is a personal choice whether to wear a helmet, but parents should always encourage their children to wear helmets while riding and riders of all ages should acknowledge the fact that bicycle helmets, when properly worn, can help reduce the chances of suffering traumatic brain injuries in bicycle accidents.

Why Do Bicycle Accidents Happen? Causes of Bike Accidents

Bicycles and cars have an uneasy relationship, in part because too few cities have incorporated infrastructure, such as protected bike lanes, that make it safe for the two very different types of vehicles to share the road. The NHTSA stated that there are several mistakes that drivers and cyclists make that lead to crashes.

A number of common problems may lead to a deadly collision between a passenger vehicle and a cyclist:

When drivers and bicyclists are sharing the road, both need to take proper care in order to prevent accidents, injury, and death.

Bicyclists are vulnerable, and even relatively non-violent collisions can cause serious injuries. Colorado law does not require bicyclists to wear helmets, though simply falling over and hitting your head against the curb can leave a cyclist permanently disabled. Certain injuries are common in bike accidents:

Your health insurance, if you have coverage, can cover costs associated with treatment for your injury. Automobile insurance coverage extends to accidents involving bicycles and automobiles. If your accident was caused by the negligent or reckless behavior of a driver of an automobile, you can file a claim against their auto insurance company. Personal injury attorney Jeremy Rosenthal formerly worked as a defense lawyer for insurance companies and is well-versed in the tactics they employ to attempt to pay out as little as possible. He has deep knowledge of the processes in a bicycle accident case, from both sides, and has exceptional trial skills – an important part of achieving victory in a serious injury case.

It will be hard for you to work your way through the complexities and nuances of the legal and insurance issues around your accident, and your options for compensation, without help. The Law Firm of Jeremy Rosenthal stands ready to assist you.

To date, it is common practice for bike share services to require those who use their bicycles to assume liability for any damage, injury, etc. that may occur while using their bicycles. If someone else is established as being responsible for causing an accident involving a rideshare bicycle, the process of pursuing compensation for damages must be managed with professionalism and skill.

How to Prove Negligence in a Bicycle Accident

If a bicyclist suffers injuries in an accident, the process for proving negligence is the same as any other personal injury lawsuit. The plaintiff must prove four main elements of negligence.

If you can successfully prove these elements of negligence, then you stand a good chance of winning the lawsuit. However, it is important to remember Colorado’s contributory negligence law. If you were partially at fault for the accident in question, you lose a portion of the case award equal to your fault percentage. If the plaintiff’s fault exceeds the defendant’s, then the plaintiff may not recover any damages. 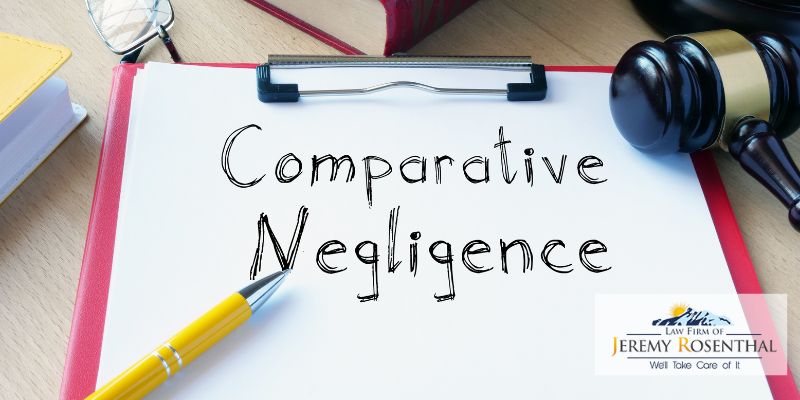 For example, let’s say Priscilla was riding her bike down the street going east, approaching a four-way stop. Don was approaching the intersection going north. Don reaches the intersection first and stops. He sees Priscilla and assumes she will stop at the intersection, so he proceeds on his way. Priscilla fails to slow down and stop at the stop sign. Don hits Priscilla, sending her flying. She has a significant back injury and a broken leg as a result of the accident. Priscilla files a lawsuit against Don seeking compensation for her injuries. At trial, the jury finds that Priscilla is partially responsible for her injuries. As she failed to stop at the stop sign, the jury finds her 35% at fault for her injuries, and Don 65% for hitting her. Since Priscilla is less at fault than Don, she can still recover for her injuries under Colorado law. Her award would be reduced by the percentage of her fault. Thus if the jury awarded her $100,000, Priscilla’s award would be reduced by $35,000.

Bicyclists who survive collisions with motor vehicles are very often left with significant, lifelong injuries. If you have been seriously injured in a bicycle accident, hiring an experienced bicycle accident attorney is a necessity. Retaining legal representation is imperative if you hope to be compensated for the full extent of your injuries and their continuing impact on your life.

An experienced and knowledgeable attorney can help you seek just compensation from those responsible for your injuries. Jeremy Rosenthal has been practicing personal injury law in Colorado for over a decade and has extensive experience helping clients in all kinds of personal injury cases. He offers a free consultation to all potential clients. Call the office today at (303) 825-2223, or click here to fill out the online form.