Each year in the United States over 3 million people suffer injuries in vehicular accidents. If you’ve been injured, contact the Denver car accident lawyers at the Law Firm of Jeremy Rosenthal today.

With the exception of those living in big cities like New York or Chicago, driving is a necessity for most people in order to get around. Unfortunately, this necessary part of life can also be quite dangerous. Every year numerous traffic accidents occur, causing property damage, injuries and even death. The National Safety Council estimated that in 2015 there were 4.4 million people injured and, sadly, about 38,300 deaths because of car accidents in the U.S. 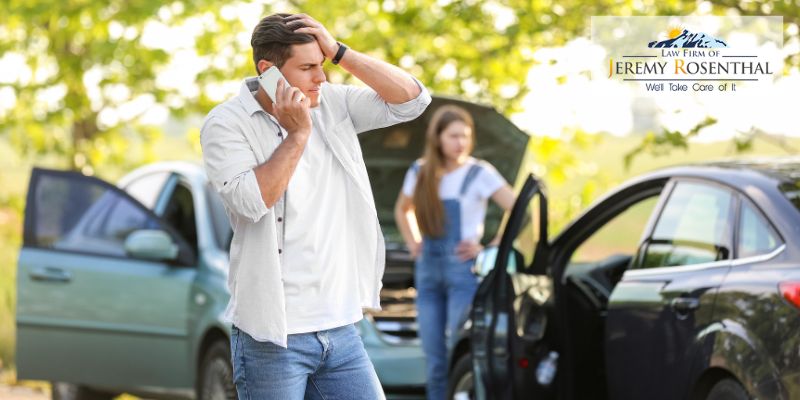 The aftermath of a car accident can be extremely stressful. If you are in a car accident, there are several things to keep in mind in order to preserve your rights in case you decided to seek compensation from the person who injured you.

Under the law, you only have a limited amount of time to file a lawsuit against the person or entity that injured you. The time limits are set so that people do not rest on their rights and people are not being sued years and years after something happened. The amount of time you have to bring a particular lawsuit depends on the state and the type of claim.

In Colorado, the statute of limitations for accidents involving motor vehicles is three years. C.R.S. 13-80-101 (2016). The limit for most other personal injury claims is two years. C.R.S. 13-80-102 (2016). If you believe you have a case it is a good idea to contact an attorney even if you think you are past the applicable time frame. There are things that can toll, or pause, the statute of limitations. Whether or not one of the exceptions applies will depend on the fact and circumstances of your case.

Was The Other Driver Negligent?

When a person decides to file a lawsuit against someone who injured them in a car accident, typically the underlying legal claim that will be litigated is negligence. Negligence is “[t]he failure to exercise the standard of care that a reasonably prudent person would have exercised in a similar situation.” Black’s Law Dictionary 1133 (9th ed. 2009). In order to hold the person that has injured you liable you must prove that their conduct was negligent.

However, a defendant does have many defenses that he can present in order to refute liability. One of those is comparative negligence. Comparative negligence means that if a plaintiff has contributed in some way to his or her injuries, then any damages that the plaintiff is awarded are reduced based on the percentage of fault attributed to his or her actions. In Colorado, the plaintiff’s negligence must be less than the defendant’s negligence in order for the plaintiff to recover damages. C.R.S. 13-21-111 (2016). See also, B.G.’s, Inc. v. Gross, 23 P.3d 691 (Colo. 2001). 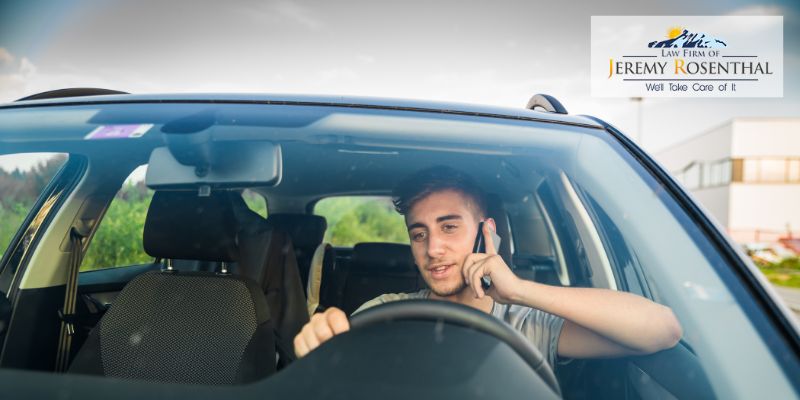 For example, let’s say David was driving behind Penny. Penny went to make a right turn. There was no turn lane so Penny had to make the turn from the main street. David was trying to find the music station he liked and was only half watching the road. Penny went to turn, but failed to signal. David rear-ended Penny’s car. A jury might find that Penny was somewhat at fault for her injuries because she failed to signal that she was going to make a turn. Let’s say the jury finds Penny 20% at fault for not signaling, and David 80% at fault for hitting her car because he was distracted. The jury awarded Penny $10,000. Her award would then be reduced by the percentage of her fault, here 20%. Thus, Penny would receive $8,000 in damages instead of the full $10,000.

If you or a loved has been injured in an automobile accident in Colorado because of another driver’s negligence, please do not hesitate to contact the Law Office of Jeremy Rosenthal. Jeremy has over a decade of experience working as a Denver personal injury attorney and his practice is exclusively devoted to this area of law. He is dedicated to helping those with personal injury claims recover just compensation for their injuries. Jeremy offers a free consultation to all potential clients. In addition, he works on contingency, which means that you pay nothing unless your case has a favorable outcome.